Every successful person has found inspiration in the stories of others. Whether we read and learn about, or witness firsthand the success of another, it can help us find our own path to greatness. In celebration of National Role Models Month in November, three members of Reliv’s leadership team share the ways their success has been influenced by others.

I’m inspired by motivated people, in all walks of life. Motivation may come from one’s need or passion for doing something well. I’ve had many role models in my life (parents, coaches, pastors, co-workers, Reliv Ambassadors) that were motivated to make a difference and succeed, and I continue to observe and learn from successful people as they roll up their sleeves, get stuff done today, take ownership and make no excuses. A majority of my growth over the years has come from watching motivated people do their craft well.

When I was a college student, I had the opportunity to work at both Disneyland and Disneyworld, two of my favorite places. I grew up loving the magic of Disney, and Walt Disney has always been one of my favorite people. He was a visionary, and a man of action. So it should be of no surprise that one of my favorite quotes comes from Disney when he said, “the way to get started is to quit talking and begin doing.”

You see, action is what defines us, and if we truly want to have a better life, put a dent in the universe, and be all that we can be, we need to quit talking and start doing. Thomas Jefferson put it this way: “Do you want to know who you are? Don’t ask. Act. Action will delineate and define you.”

So if you want to be successful in your business, infuse it with action. Don’t wait for it to happen. Make it happen. Make your own future and your own hope.

I am so fortunate to have been personally influenced by so many strong women who have blazed the trail for me to be successful. The older I get the more I see the values of my mom and grandma come to light and I appreciate their wisdom. And of course there are the pioneering women from history who we know so well like Eleanor Roosevelt and Amelia Earhart, but I have always been drawn to women who have been groundbreaking in sports.  Wilma Rudolph, Billie Jean King, Jackie Joyner-Kersee, Danica Patrick, and Venus Williams are all standouts. But, the one woman whose influence extends beyond the boundaries of the basketball court is the legendary coach from Tennessee, Pat Summit. She was the winningest NCAA Division 1 coach – male or female—with 1098 victories in 38 seasons. Her philosophy was not about winning, but about leading, about setting expectations and challenging her players to achieve their potential. In her own words, “We keep score if life because it matters. Too many people opt out and never discover their own abilities because they fear failure. They don’t understand commitment.” That is leadership.

Now it’s your turn! Who has influenced your personal journey? Tell us who has inspired you and what you’ve learned from them in the comments below.

This Canada Day is a great time to remember how fortunate we are to live in Canada. As Reliv Canada Distributors, you do your part to improve the lives of everyone around you to make your communities, and by extension our country, a better place. It is my privilege to work with you all, and I thank everyone for your work in growing Reliv Canada! END_OF_DOCUMENT_TOKEN_TO_BE_REPLACED

Oh yeah! By the time you read this, many of you will still be sky high from the excitement of the Reliv Revolution International Conference! If you couldn’t attend, I hope you’ll take some time to explore the many ways Reliv is innovating your future. END_OF_DOCUMENT_TOKEN_TO_BE_REPLACED 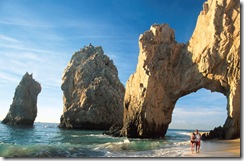 Congratulations to the following Distributors who have advanced an Ambassador level and have earned a trip to Los Cabos for the Leadership Celebration! Will YOU be there with them? Learn more here.

Congratulations to the following Distributors who have advanced an Ambassador level and have earned a trip to Los Cabos for the Leadership Celebration! Will YOU be there with them? Learn more here.